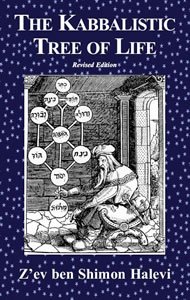 The Kabbalistic Tree of Life sets out to introduce the principles of the Tree in metaphysical, symbolic and practical terms to illustrate the essence of this key diagram of Kabbalah. Originally, this was the first book by Halevi in the series of Kabbalah. It has now been updated to include a wider scheme of the kabbalistic Tradition in ancient, medieval and modern ways, with added insights given by new illustrations making it relevant to the present time.
61 Figures/Illustrations.

‘There are many introductory books on Kabbalah. This is one of the best.’ – Amazon review 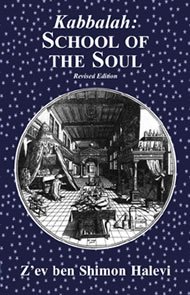 The School of the Soul applies kabbalistic principles to the study of esoteric organisations. This book is about the complexities and subtleties of old and new schools, the laws that govern them, and what to expect and avoid. These themes include modes of discipline, stages of development and the flowering and decline of esoteric schools, as well as the role of the teacher. Examples are given of individual progress, crises and initiations, as well as a description of how to create a school of the soul for our time. In this revised edition there are many new diagrams and images that enhance the original text.

‘I wish I had read this book years ago! It contains a wealth of useful information about the life-cycle of a school.’ – Amazon review 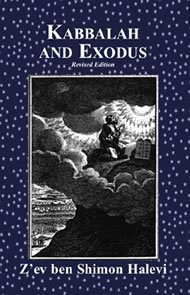 This book shows that the story of Exodus is also an allegory of the human situation. The inner meaning of the Exodus drama is an escape from bondage. The Israelites’ crossing of the Desert is about the soul’s journey from being bound by habit and instinct into becoming an integrated individual, even as the slave-minded Israelites become an independent unified people. Drawing upon scripture, Jewish folklore and Kabbalah, the author lays out the various stages of development to be taken. This revised edition will be of interest to scholars of the Bible, psychologists, and those on the path of spirituality.

‘He writes with a simplicity and clarity that any serious seeker, Jewish, Christian, or neither of these, can follow.’ – Kathleen Raine Poet, Scholar and Founder of Temenos Academy 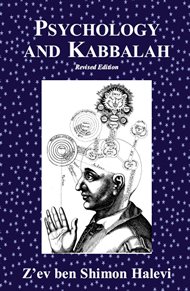 The psyche and its place and purpose in the Universe are the subject of this book which uses both kabbalistic and modern psychological models to position humanity in the Divine scheme. In the process of incarnation, the issue of consciousness is crucial as the person develops through the stages of ego and individuation towards awareness of the collective level. Fate, destiny and spiritual evolution are explored, leading to the Path of Inner Ascent to the Divine Realm. Many new pictures and diagrams in this revised edition add to a deeper understanding of the psyche.
57 Figures/Illustrations.

‘This is an excellent summary of, and an important contribution to, the modern discourse between depth psychology and religious tradition in general.’ – Julienne McLean Consulting Psychologist, Jungian Analyst and Author of Towards Mystical Union