The Anointed – KINDLE EDITION
A story of spiritual courage against the Inquisition
A Kabbalistic Novel
Author: Z’ev ben Shimon Halevi 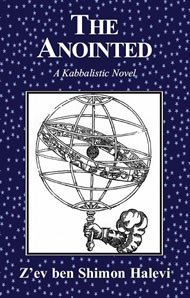 The Anointed is the story about the destiny of one man and the fate of those around him. The setting is the Spain of 1492 when the Inquisition seeks to eliminate the leader of an esoteric group of Christians, Jews and Muslims. Don Immanuel is the pivot of the plot in which he and those close to him are caught up in an archetypal battle between good and evil. The symbolism of events and each character gives insights into what lies behind life and a wider and kabbalistic perspective on history.

‘Each reading of this book has been a kind of initiation for me.’ – Richard Mark Holden 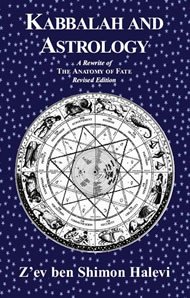 Kabbalah and Astrology is a rewrite of The Anatomy of Fate, first published in 1978. It views astrology in the wider context of the ancient tradition of Kabbalah. The influence of the cosmos on humanity, at both the individual and collective levels, is the main topic of this book. The astrological birth chart is examined from a psychological and spiritual perspective showing how a horoscope can be a key in transforming a personal fate into transpersonal destiny. This revised edition, with new pictures and diagrams, is the result of over 50 years of practice and reflection on astrology from an esoteric viewpoint.
57 Figures.

‘This book is for those people who want to explore the deeper dimensions of both astrology and Kabbalah.’ – Amazon review 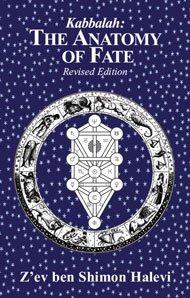 This revised edition of The Anatomy of Fate, with its new pictures, captions and diagrams, sets out the philosophy of astrology. Applying kabbalistic principles, celestial symbols and archetypal images to this ancient art reveals how, when fused with modern psychology, a profound insight can be gained into the processes of both the personal birth chart and historical events. Perceiving the esoteric dimension behind astrology and the horoscope is what this book is about.

‘There are many books on astrology, but few set out to explain how the celestial worlds influence life on Earth.’ –The Book Journal